Opioid Cases in Federal Court: The Threat to Doctors Who Prescribe Painkillers

Opioid Cases in Federal Court: The Threat to Doctors Who Prescribe Painkillers 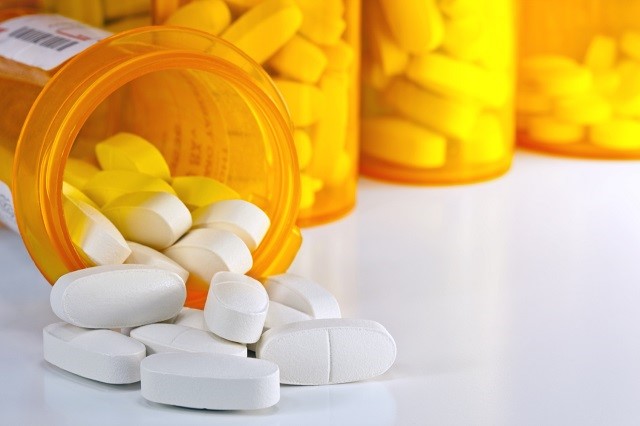 Opioid addiction is a major problem in the United States, and the public is demanding action to stop it. Feeling the weight of that pressure, politicians have pledged to cut drugs off at their source.

For drugs like cocaine and methamphetamine, that might mean street corners, trap houses, or even the border. But for prescription drugs (currently the leading cause of accidental overdose and death in this country, and a notorious “gateway” to harder drug abuse) “the source” is sometimes a prescription pad in a doctor’s office.

Accordingly, federal authorities are employing a wide range of measures to combat prescription painkiller abuse as well as the drugs they pave a path for: carfentanil, fentanyl, and heroin.

Those measures include noble efforts like education and community outreach. But increasingly, they also include aggressively prosecuting doctors, nurses, pharmacists, and any other healthcare providers who prescribe, administer, or distribute prescription pain medications.

In surveying the opioid cases currently on the federal dockets and those that have dominated Department of Justice press announcements in the last five years, it is clear that the defendants are not limited to fake M.D.s or shady pill-mill doctors who dole out dangerous drugs for cash.

On the contrary, many of the people caught up in these cases are doctors with thriving practices and sterling reputations. They treat patients who are in dire need of pain relief (or perhaps patients who are already opioid-dependent) for whom a pain medication prescription may be a critical part of their recovery.

In terms of the specific criminal charges, opioid cases against healthcare providers range from overbilling Medicaid or Medicare (healthcare fraud) to writing or selling prescriptions for patients who don’t need them (drug trafficking or drug diversion) among a host of other opioid charges.

Federal investigations tend to spiral into major ordeals very quickly. The consequences can be devastating. The penalties may even include decades in prison, not to mention inconceivable fines and the revocation of medical licenses.

If you are a healthcare provider treating patients who struggle with pain or addiction, please don’t take the threat of a DEA, DOJ, OIG, or FBI investigation lightly. Talk to an experienced healthcare criminal defense lawyer for advice on compliance and strategies for legal defense right away.

How Is the DOJ Building Opioid Cases against Healthcare Providers?

Last fall, on August 2, 2017, U.S. Attorney General Jeff Sessions announced that the DOJ would form of a new Opioid Fraud and Abuse Detection Unit. Among other things, the DOJ would now assign teams of federal prosecutors to various regions around the country, tasking them specifically with addressing opioid-related Medicare fraud.

As part of that same effort, the DOJ also:

Less than three months later, AG Sessions announced that the newly reassigned prosecutors were already issuing indictments for the arrest and prosecution of healthcare professionals around the country. And they’ve only picked up steam since then. (This is in addition, of course, to the Medicare Fraud Strike Force, which also routinely audits and raids medical clinics and refers its findings to agencies like the DEA and FBI.)

To build an opioid case against a doctor or pharmacist, the government will often begin by:

Even if you haven’t done anything wrong, a single careless statement or a period of sloppy documentation in your office could lead to an investigation.

As the government’s efforts to combat the opioid crisis grow more stringent, doctors are at greater risk of being investigated, prosecuted, and sentenced for a federal felony they never intended to commit.

Any provider targeted as a suspect should take swift and strategic action to protect themselves from undeserved consequences by contacting a healthcare criminal defense attorney as soon as possible.

Factors Prosecutors Consider When Deciding When to Pursue Opioid Cases

In addition to gathering the kinds of evidence described above, federal agents will consider a number of other factors when deciding whether to bring an opioid case, including:

The 12 Districts of the U.S. Opioid Fraud and Abuse Detection Unit

The 12 federal districts selected to participate in the DOJ’s Opioid Fraud and Abuse Detection Unit are:

While the government can and does conduct investigations nationwide, those whose clinics are located within these 12 twelve districts should be especially cautious when treating patients for pain or opioid addiction.

Talk to Our Defense Attorneys about Your Opioid Case

If you are under suspicion of any opioid-related offense, please contact our office for a free and confidential consultation right away. We’re standing by.