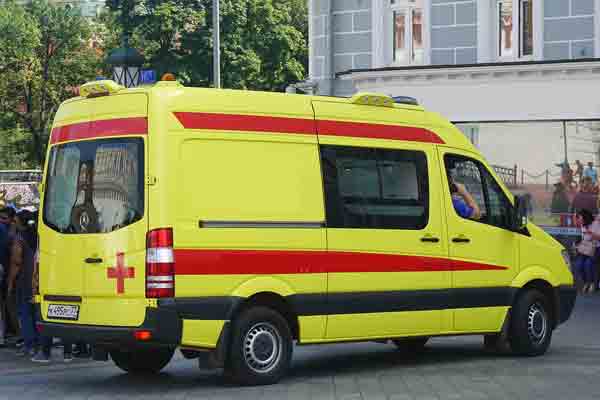 Want to know which health care providers the DOJ and OIG will target for fraud investigations in the future?

A Mobile Health Company and a Nursing Home Strike a Deal? and Pay a Big Price.

In 2013, Kan-Di-Ki, LLC, a Burbank company that provided mobile laboratory, radiology, and other home health services (primarily inside skilled nursing facilities) reportedly agreed to pay $17.5 million in response to allegations that it submitted false claims to Medicare and Medi-Cal (the California state-level equivalent of Medicare).

The company, which did business under the name Diagnostic Laboratories and Radiology, would allegedly charge the skilled nursing facilities at a below-cost rate for their Medicare Part A business.

In exchange, the facility would provide Medicare Part B and Medi-Cal business back to Kan-Di-Ki, according to a statement from the DOJ.

Two of Kan-Di-Ki?s former employees took notice of the arrangement and filed a qui tam lawsuit under the whistleblower provisions of the federal False Claims Act (as well as California?s version of that statute).

In the end result, the defendants agreed to pay:

The case illustrates how arrangements between health care services that might seem like straightforward business strategy, such as providing discounts to patients or frequent business partners, can be construed as illegal kickbacks under state and federal law.

It also highlights how enticing the qui tam provision in the False Claims Act can be to those who know your business best. If you are a mobile health care provider, your employees could make millions of dollars by turning you in for fraud. ?And there are innumerable law firms in this country who are ready to help them do just that. Indeed, health care whistleblowing has become an economy all its own.

Medicare Advantage home visits account for billions of dollars of federal spending each year. But a highly publicized report by the Center for Public Integrity in 2014 suggested that the government might be overpaying by tens of billions of dollars each year, as mobile health care providers allegedly exaggerate patients? conditions or bill for services they don?t actually provide.

Dr. Jacques Roy of Rockwall, TX, was convicted earlier this year in what the Dallas News described as ?the nation?s largest home health care fraud case involving a single doctor.?

In its complaint against Roy, the U.S. Attorney?s office said that he and his companions recruited homeless people and even ?fake patients? ? offering them food stamps, groceries, and cold hard cash ? in order to generate bogus claims for payment to Medicare.

In all, Roy is accused of soliciting roughly 11,000 Medicare beneficiaries as part of the scheme.

The jury was quick to render a verdict. They deliberated less than two days, and ultimately put Roy face to face with the prospect of spending more than 80 years in prison. He?s already lost his medical license.

Alongside him, the jury also convicted three other mobile health care providers on fraud charges. Their sentencing is still to come.

By all accounts, Dr. Roy visited a large number of patients ? up to 14 a day, usually in low-income communities where access to medical care remains a real challenge. And by the government?s own admission, it was Roy?s large number of patients that put him on their radar. In fact, according to the government, he submitted more Medicare claims for home health services than any other provider in the nation.

Of course, it is not a crime to see a large number of patients, nor is it inherently fraudulent to pursue an unusual business strategy.

While the government ultimately offered additional kinds of evidence in Roy?s case that lead to his conviction, an important takeaway for other mobile health care providers in the country is this: any unusual activity in the home visit health care industry is enough to attract the attention of federal investigators. And once they?re paying attention, they can and will use any evidence they find against you. (Case in point: during a raid on Roy?s house, investigators found a book about hiding assets and made it a major point in their case against him.)

If you or your organization has been accused of Medicare fraud or any other form of health care fraud, you should take immediate and urgent steps to protect your medical license, your reputation, your finances, and your future. They are all at stake, and you should expect the government to be absolutely ruthless in its efforts to convict you and ruin your finances.

Oberheiden, P.C. is a national reach health care fraud defense firm with significant amount of experience in mobile health care provider fraud. In the overwhelming majority of our cases, we?ve been able to keep our clients in practice and out of prison. We want to do the same for you. Please give us a call and talk to our team about your situation right away.

This information has been prepared for informational purposes only and does not constitute legal advice. This information may constitute attorney advertising in some jurisdictions. Reading of this information does not create an attorney-client relationship. Prior results cannot guarantee a similar future outcome in your case. Oberheiden, P.C. is a Texas firm with headquarters in Dallas. Mr. Oberheiden limits his practice to federal law.