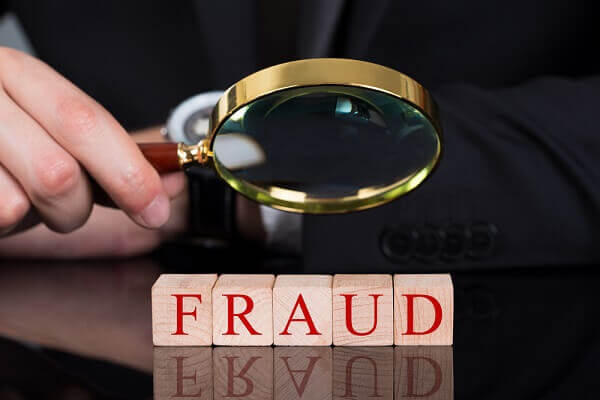 The Different Types of Medicaid Fraud and Their Respective Penalties

Medicaid fraud is a crime, and federal prosecutors take it extremely seriously. In fact, it has become something of a “hot button” issue among federal agencies, who score political points for saving taxpayers money by reducing the loss of federal funds.

As the budget for Medicare and Medicaid ballooned over the course of many years and as headlines turned a spotlight on high-profile examples of waste and abuse. The government launched a concerted crackdown on fraud over the last decade.

An accusation of Medicaid fraud is scary for at least two reasons:

Getting Medicaid fraud penalties information is important because, too often, doctors don’t approach a Medicaid audit or investigation with the serious urgencyit requires. Many are inclined to think, “I haven’t done anything wrong, so I don’t need to worry.”

But that is exactly when you need to worry. If federal agents (or their contractors) are putting your practice under scrutiny, their goal is to find something wrong; whether it’s an overpayment you need to reimburse or a crime you might have committed. So many Medicaid fraud cases arise out of “I didn’t do anything wrong” scenarios.

If you’re concerned that you or your practice might be under investigation, you should familiarize yourself with the various Medicaid fraud penalties and seek experienced legal counsel without delay.

Below, we look at different types of Medicaid fraud and their respective penalties.

Medicaid fraud can be defined simply as the intentional misuse or misappropriation of Medicaid benefits or funds. Many different actions could constitute fraud, and in fact, there is no single list of “bad acts” that qualify.

Generally speaking, however, there are three categories of Medicaid fraud:

Those categories can seem a little vague, so it may help to see more concrete examples of the most common ways people commit Medicaid fraud. These include:

While this page is primarily focused on Medicaid fraud that has allegedly been committed by healthcare providers, it is worth noting that patients can be accused and convicted of Medicaid fraud too. Examples of fraud by patients include:

In some cases, fraud committed by one of your patients may trigger a federal audit or investigation of your practice, even if you were not aware of the patient’s fraud.

Medicaid Fraud Penalties: The Information You Need to Know

The penalties for Medicaid fraud can include criminal penalties (the sentencing or punishments imposed by a court after a criminal conviction), civil penalties, professional sanctions, and more indirect consequences for your career.

In many cases, professional sanctions and certain civil penalties may be imposed based on an allegation alone before anything has been proven. But criminal penalties and sentencing require conviction in court first.

The mere allegation of Medicaid fraud can ruin your reputation. These cases can even lead to other related problems, such as medical malpractice lawsuits by your patients or qui tam lawsuits filed by third parties.

An experienced Medicaid fraud defense attorney can fight to reduce or dismiss the charges against you, negotiating with prosecutors and advancing strategic legal theories to keep you in business and out of prison whenever possible.

A Conviction for Medicaid Fraud Requires Proof of Intent

Fraud is an intent crime, which means it isn’t enough for prosecutors to prove that you billed for the wrong treatments or received a kickback for services. They must also be able to prove that you did so knowingly and with intent to defraud the government.

The intent element is a real challenge for prosecutors. They can’t read your mind, and yet they have the burden of proof. As Medicaid fraud defense lawyers, our job is to challenge their assertion of intent at every turn.

Will You Go to Jail?

No one can answer that question for you in advance. But at Oberheiden, P.C., we have a long track record of keeping healthcare providers out of prison. Not only that, but we also keep their licenses intact and their practices in business in the vast majority of our cases.

Our lawyers are former federal prosecutors who handled Medicaid fraud investigations for the government. Now we’re working on the other side, your side. We use our insight and experience from our federal years in your favor.

You can count on Dr. Nick Oberheiden and his team of experienced attorneys to fight exclusively and aggressively for your best interests.

If you are facing Medicaid fraud allegations, please understand that the government will do everything it can to convict you and secure the maximal penalties. It is in your best interest to get aggressive and deeply experienced legal representation on your side as soon as possible.

Contact our office. We’ll give you the Medicaid fraud penalties information you need, and we’ll explain how our office can help you fight for your freedom and good name. Our lawyers are standing by 24/7, seven days a week, even on weekends. Call 888-356-4634 right away.