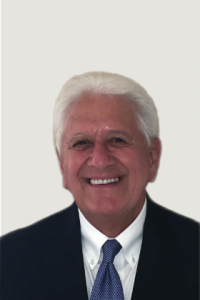 Government Attorney Positions. Mr. Reinke started his career at the Office of the Attorney General of Oklahoma as an Assistant Attorney General before serving as a law clerk for the Honorable U.S. District Court judge Ralph G. Thompson of the Western District of Oklahoma. In addition to managing procedural questions, Mr. Reinke was tasked to assist the federal judge to prepare decisions in federal civil and federal criminal cases by researching, analyzing, and weighing applicable authorities. Following his service to the federal judiciary, Mr. Reinke was appointed to become a state prosecutor for the Office of the District Attorney for Oklahoma County. Among his many accolades as an Assistant District Attorney, Mr. Reinke was select to serve as felony trial attorney (later: felony team leader) as well as to manage and supervise the training of all prosecutors in Oklahoma, including those of the Oklahoma District Attorneys.

Client Services. Mr. Reinke is available to offer forty years of courtroom and trial experience to a selective number of clients involved in civil and criminal proceedings in Oklahoma County. During his career, Mr. Reinke has been honored to represent state and federal judges of all levels, attorneys, law enforcement personnel, and several hundreds of citizens in complex civil and criminal matters.

Mr. Reinke is the principal and founder of Joseph J. Reinke, P.C.