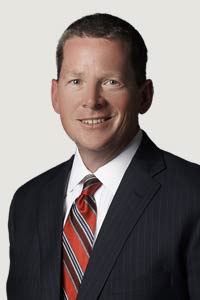 The Hon. Joe Brown is a presidentially appointed and U.S. Senate confirmed former U.S. Attorney. He previously held a 17-year tenure as an elected District Attorney in Texas.

U.S. Attorney & District Attorney. Appointed by President Trump and confirmed by the United States Senate, Joe Brown served as the U.S. Attorney for the Eastern District of Texas. In this capacity, Mr. Brown was the chief federal prosecutor in the district overseeing all civil, criminal, and appellate proceedings, all Department of Justice prosecutors and the investigations of all federal agencies including but not limited to the FBI, DEA, ATF, the Department of Health and Human Services, the Office of Inspector General, the IRS, and the Department of Homeland Security. Prior to being appointed to the Department of Justice, Mr. Brown served as the widely popular District Attorney for Grayson County, a position that he defended in four political elections until rising to the position of United States Attorney.

Admission & Education. Mr. Brown is licensed to practice in Texas as well as before federal courts. He holds a Juris Doctor from SMU Dedman School of Law and a Bachelor of Arts from the University of Texas.

Mr. Brown is the owner and principal of Joe Brown, Attorney, P.L.L.C.