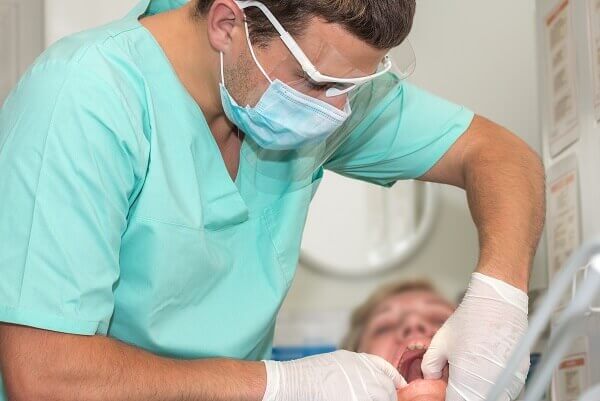 The Problem with Dental Audits: Why You Should Get Legal Representation Right Away

So much of the conversation about CMS audits of healthcare providers is focused on doctors, hospitals, and pharmacies. But dental practices are being targeted for Medicare and Medicaid audits with increasing frequency too, and pediatric dentists are at an especially high risk.

Of course, CMS isn’t the only agency casting scrutiny on dentists. According to a recent report by the American Academy of Pediatric Dentistry (AAPD), multiple federal law enforcement agencies have stepped up their investigations into potential healthcare fraud within the dental industry. Medicare and Medicaid audits are a part of that.

Pediatric dentists treat an especially high number of patients covered by Medicaid, and so CMS has identified pediatric dental audits as a potential source of overpayment. If the government (or its contractors) can identify CMS overpayments to these dentists, it can recoup that money, so there is a clear incentive to find evidence of errant billing or healthcare fraud.

Dental audits don’t always produce accurate findings, however. In fact, a high number of dentists’ Medicare / Medicaid audits are ultimately reversed in the appeals process. By then, though, damage has already been done.

Errors in the auditing process or accusations of fraud that arise out of a very minor mistake or a wrongful accusation by a disgruntled patient or employee can have an absolutely devastating impact on dentists and their practices.

If you are a dentist or work in a dental office that treats even one patient on Medicare or Medicaid, you should know that a dental audit could put your office in virtual gridlock for months or even years.

These audits can demand the production of countless documents dating back several years, and in some cases, they can even cause CMS to stop paying you for services already provided even before the auditors have concluded any debt or wrongdoing(e.g., “prepayment review”).

Even more concerning, if an audit implicates unethical or criminal behavior, in some cases those findings can be referred to other agencies, resulting in federal felony chargesand/or disciplinary action from the state licensing boards. Disciplinary actions can possibly include suspension or revocation of your dental license.

For these reasons, it is imperative that healthcare providers in this industry understand the relationship between dentists and Medicare / Medicaid audits. Below, we explain how to prepare for an audit, how to work toward the best possible outcome, and how an experienced dental audit attorney can help.

How Do Dental Medicaid Audits Unfold?

In most cases, a dental Medicaid audit begins as a desk audit, in which the dentist doesn’t even know that his or her practice is under audit or investigation until they receive a Draft Audit Report.

If you’ve received a Draft Audit Report, it might have come as a surprise, but nowis the time to take serious and aggressive action to protect yourself and your practice.

The report should detail the findings of the initial Medicaid audit, as well as any specific allegations of fraud. You have only 30 days from receipt of the notice (which the government interprets as 35 days from the date on your letter) to respond to the Draft Audit Report, and it is absolutely critical that you work closely with an experienced dental audits lawyer in preparing your response.

Your response is your chance to submit arguments, objections, and requests in answer to the government’s audit. In many cases, the right arguments and requests can bring an audit to an end without further investigation or consequence. Mistakes are easier to make than you may realize, so carefully answering will help you avoid making the situation even worse.

An experienced dental audit defense attorney can advise you as to the objections and requests that are most likely to be effective under your particular circumstances.

Auditors Don’t Always Understand the Difference Between “Sloppy” and “Fraudulent”

Some audits and investigations are carried out directly by federal law enforcement agencies and the offices they set up around the country. Others are performed by private corporations contracted by the government to uncover billing discrepancies.

In every audit, the auditors are expected to carefully follow procedure, operate in good faith, and comply with relevant federal policies. That’s especially true where criminal accusations like fraud are involved.

Fraud is an intentional act. To be convicted of fraud, you would need not only to have billed CMS for a service you didn’t provide (for example) but also to have intendedto perpetrate the fraud. Investigators are expected to know this, and dental audits should always be conducted with that standard in mind.

But federal law enforcement is eager to take tough stances and demonstrate its ability to “crack down” on apparent waste or abuse in the billing system. Accordingly, agents frequently equate sloppy billing with fraudulent billing.

As a dentist, you and your practice might be less than perfectly organized. You might have busy or short-staffed seasons were accidental mistakes get made. Those things are unfortunate, but they do not constitute fraud.

As federal healthcare defense attorneys, part of our job is defending dentists who’ve been unfairly accused of fraud after a Medicare or Medicaid audit. Innocent dentists have been charged in far too many cases, and when that happens, we’re here to fight back.

We want dentists to understand that, once an audit begins, the government can quickly make a federal case out of a clearly innocent mistake quite literally. (And keep in mind that you might not even know an audit has begun!)

The AAPD has identified several other key conflicts that put dentists at high risk of an unfair outcome after a Medicaid audit, especially if the dentist is not represented by an experienced attorney. Their core concerns include:

Attorney Nick Oberheiden, for example, is a former federal prosecutor who has since provided legal defense to high-profile doctors, dentists, healthcare executives, and even public officials, among many other clients. Dr. Oberheiden is the managing principal of Oberheiden, P.C., and he leads a team of legal veterans here who fight every day for the legal interests of medical entities and the care providers they employ.

At Oberheiden, P.C., our goal is to end audits and argue effectively against adverse determinations. In every case, we fight to:

We are available seven days a week (even on weekends) to talk about your case and how we might help.

If you are a dentist or manage a dental practice that is currently under a Medicare or Medicaid audit anywhere in the United States? or if you have been accused of healthcare fraud? please contact our office for guidance as quickly as possible.

The federal government moves quickly and aggressively when building a case against dentists, and it will use any evidence it can find against you. An experienced law firm can defend your rights and advance the most strategic arguments against any audit or investigation.