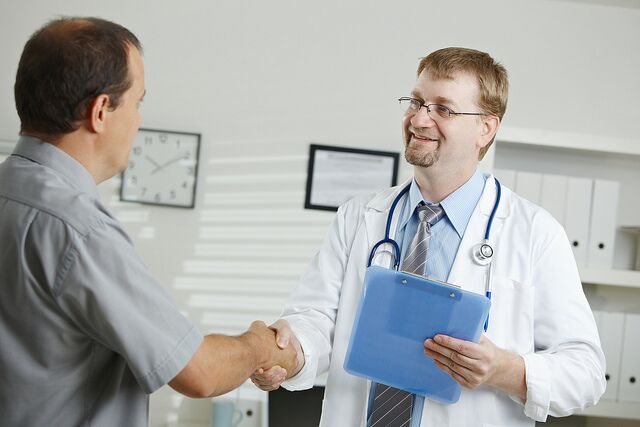 Under the federal Anti-Kickback Statute, 42 U.S.C. 1320a-7b(b), healthcare providers are prohibited from engaging in a broad range of transactions that involve funds reimbursed from healthcare benefit programs (i.e., Medicare, Medicaid, and Tricare). Using program-reimbursed funds to pay for referrals, to provide rebates, and to provide other forms of “remuneration” is a felony offense, and it carries the potential for up to five years in prison and a $25,000 fine for each individual transaction.

But, the Anti-Kickback Statute does not only apply to providers that pay illegal forms of remuneration. It imposes equal punishment for providers who offer, solicit, and receive unlawful payments as well. When combined with the conspiracy provisions of 18 U.S.C. 371, this creates extraordinary exposure for practitioners, company executives, and other providers who engage in transactions that have the potential to garner the attention of the Department of Justice (DOJ), Federal Bureau of Investigation (FBI), Office of Inspector General (OIG), or another federal healthcare or law enforcement agency during an audit or investigation.

When Is a Healthcare Providers Culpable for a Conspiracy to Accept or Receive Illegal Kickbacks?

Due to the risks it entails, the Anti-Kickback Statute is one of the most important federal statutes for healthcare providers that bill Medicare and other healthcare benefit programs. It is also one of the least well understood (although, for many providers, this is not for lack of trying). The Anti-Kickback Statute is filled with complicated prohibitions and exceptions, and the enabling regulations promulgated under the statute add layers of complexity that make it extraordinarily difficult to discern what is and isn’t permitted.

While there is not much here that is clear, there is one thing that is abundantly apparent: The Anti-Kickback Statute gives federal prosecutors broad authority to target healthcare providers in all sectors of the industry, and it imposes severe penalties for those that fail to comply.

“If two or more persons conspire either to commit any offense against the United States, or to defraud the United States, or any agency thereof in any manner or for any purpose, and one or more of such persons do any act to effect the object of the conspiracy, each shall be fined under this title or imprisoned not more than five years, or both.”

In other words, healthcare providers that “conspire” to offer, solicit, pay, or receive illegal remuneration can face the same penalties as those who actually violate the Anti-Kickback Statute.

Defending against Allegations of Conspiracy to Accept or Receive Illegal Kickbacks

There are three elements of a conspiracy under 18 U.S.C. 371: (i) an agreement to commit an illegal act, (ii) intent to carry out the illegal act, and (iii) an “overt act” in furtherance of the conspiracy. If you can raise sufficient doubt about any one of these elements, then you are entitled to avoid a conviction for conspiracy to accept or receive illegal kickbacks.

In many cases, the easiest element to challenge will be the element of intent. Intent is inherently subjective. And unlike an agreement or overt act, there will not often be physical or documentary evidence of a person’s intent. However, we have been successful challenging the other elements of an alleged conspiracy as well. When we represent you, we will pursue all available opportunities for protecting you against federal criminal charges.

3. Challenging the Government’s Investigation on Other Grounds

Regardless of the validity of the government’s allegations, you may also be able to challenge the government’s investigation on other grounds. Did federal agents exceed their investigative authority? Did the government enter your premises and seize documents or files without a valid warrant? As the target of a federal investigation, you are entitled to all of the protections afforded by the U.S. Constitution. Any evidence obtained in violation of your constitutional rights should be inadmissible in court.

Contact Oberheiden, P.C. for a Free and Confidential Consultation

Are you under investigation for conspiracy to accept or receive illegal kickbacks? If so, it is critical that you engage experienced legal counsel to defend you against the federal government. To discuss your defense strategy in a free and confidential consultation, call (888) 356-4634 now.