18 USC §1349: Attempt and Conspiracy to Commit Fraud in Healthcare

18 USC §1349: Attempt and Conspiracy to Commit Fraud in Healthcare 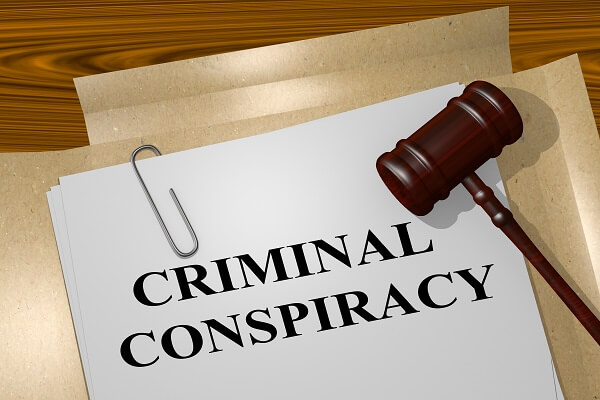 Just because you never committed healthcare fraud doesn’t mean the federal government won’t charge you with a crime.

On the contrary, healthcare fraud charges are rapidly increasing across the United States, and a great number of these cases involve doctors, pharmacists, nurses, or business owners who did nothing wrong – or whose greatest offense was a minor error only distantly related to someone else’s crime.

How can that happen? There are a number of ways. Three of the most common:

In a world where politicians vow to root out healthcare fraud, and where the government is losing enormous amounts of money through programs like Medicare and Medicaid, perhaps we should not be surprised that federal law enforcement is so desperate to file criminal charges.

But lost in the federal agents’ eagerness is the fact that these doctors and care providers are real people with reputations and businesses that matter to them. A single criminal charge can ruin everything they’ve worked for. And a healthcare fraud conspiracy charge under 18 USC §1349 is especially pernicious because it gives the government so much leeway.

Let’s look at what the statute says and how it works in an alleged case of conspiracy to commit healthcare fraud.

Any person who attempts or conspires to commit any offense under this chapter shall be subject to the same penalties as those prescribed for the offense, the commission of which was the object of the attempt or conspiracy.

In other words, attempting or conspiring to commit healthcare fraud can get you the same sentencing that successfully committing fraud would under Section §1347.

For that matter, §1349 can also be used in conjunction with other crimes in Chapter 63, including mail fraud (§1341), wire fraud (§1343), and bank fraud (§1344), all of which routinely appear on healthcare-related criminal indictments.

There is much to be said about attempt crimes, but in the sections that follow, we’re going to focus on the aspect of this statute that federal investigators are most fond of: conspiracy.

How Does a Conspiracy to Commit Healthcare Fraud Case Unfold?

Plainly defined, a criminal conspiracy is simply an agreement between two or more people to commit a crime. Notably, it is the act of agreeing to the crime – and not the successful commission of the crime – that is the essence of a conspiracy conviction.

18 USC §1349 is only one of several federal conspiracy laws, and there are small differences in each. Generally speaking, though, the government uses the same investigative playbook for all conspiracy matters.

Law enforcement officers pursue conspiracy charges “from the bottom up” (or “from the outside in”). In other words, they intentionally target people who played a very small role in the grand scheme of things, (e.g., a nurse or office assistant who simply submitted invoices that contained up-coding but never committed the actual up-coding themselves, for example).

Investigators hope to use the horrifying threat of imprisonment to squeeze more information out of these “distant” defendants – or even to lead them into making incriminating statements that might not reflect the truth.

From there, the government continues to catch as many people as possible in the conspiracy net. You may have noticed that the Depart of Justice has an affinity for “150 People Arrested”-type headlines. These press releases make big splashes, boost prosecutors’ careers, help to get politicians re-elected, and can even score more money for federal departments; so, the incentive to use 18 USC §1349 and other conspiracy tools is strong.

How the Federal Conspiracy Law Defense Attorneys at Oberheiden, P.C. Can Help

Conspiracy is a broadly defined crime, and so the government has an easier time of convicting you with this charge than with some others. (Depending on your federal jurisdiction, a Section 1349 conspiracy conviction may be even easier, because at least one federal circuit has held that, unlike most other conspiracy statutes, it does not require that you take any overt action to further the conspiracy.)

Still, there are numerous defenses available, including:

An experienced federal conspiracy law defense attorney can mount a smart, aggressive, and strategic legal defense to all your healthcare fraud charges. The government will act just as aggressively, however, so the sooner you get a lawyer on your side, the better.

Oberheiden, P.C. is a defense firm providing federal law services to its healthcare professional and business owner clients across the nation. Our former federal prosecutors have an excellent record of success, and we are proud to offer free and confidential consultations for white-collar professionals with legal concerns. Contact us online or call (888) 727-0472 today.