A Healthcare Crackdown in 2018: Inside the Government’s Playbook

A Healthcare Crackdown in 2018: Inside the Government’s Playbook 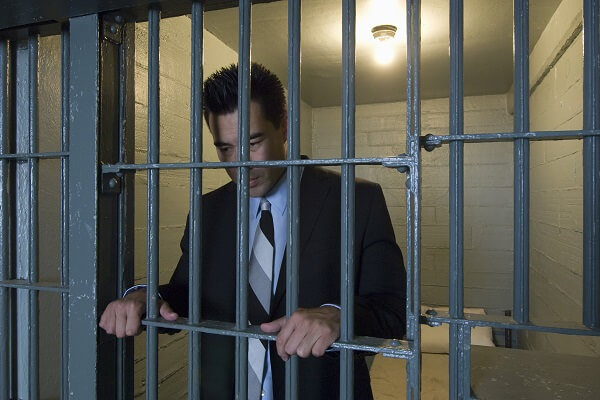 Has your medical clinic been targeted in a healthcare crackdown yet? It may be only a matter of time.

What do we mean by a healthcare crackdown? As sensationalist as the term may sound, the Department of Justice (DOJ) and Drug Enforcement Administration (DEA) use that very language to proudly boast of their dozens, sometimes hundreds, of simultaneous healthcare arrests – takedowns that are becoming more common with each passing year.

In late 2017, Attorney General Jeff Sessions pledged his renewed support for more strenuous crackdown efforts across the country. It’s a DOJ priority under the Trump Administration, which has promised to tighten the government’s grip on healthcare fraud, waste, and abuse (especially as it relates to opioid addiction).

Around the same time, the Centers for Medicare and Medicaid Services (CMS) pledged to double down on its auditing efforts while adopting a more targeted approach, all of it focused on prosecuting healthcare fraud.

We’ve seen the government’s healthcare crackdowns intensifying since the George W. Bush Administration, with the establishment of six Healthcare Strike Force offices around the United States in 2007. Those efforts expanded under President Obama, with three additional Strike Force offices opening in 2009. Now, those same agencies are getting additional direction and support under President Trump.

No matter which way the political winds may blow, it seems that healthcare providers are always caught in the storm.

Frustratingly, in their rush to “crack down,” healthcare investigators may act hastily. Good doctors are lumped in with the bad, and unintentional errors (the wrong code on a Medicaid bill, for instance) are made to look like calculated duplicity before a court.

Left in the wake of so many healthcare crackdowns are literally dozens of medical companies – and many more employees – whose businesses and community standings are shattered without good cause.

Now, between new CMS policy and new direction from AG Sessions, federal healthcare audits might become more intensive than ever before.

Ostensibly, TPE is designed to benefit medical clinics and supply companies by reducing their overall number of claim denials, educating them on proper billing processes, and helping them to learn more about the appeals procedure.

In reality, however, this “educational” process is executed by means of an audit, a process that can quickly lead to a criminal investigation and/or civil enforcement proceedings. (Even if the investigation doesn’t progress to that stage, the audit itself can cause tremendous disruption to your clinic’s business operations, often entailing extraordinary expense and distress.)

Under TPE, the CMS has authority to:

Previously, CMS selected some providers at random for entry into TPE. Now, in response to agency-wide backlog, agents will take a more targeted approach instead, focusing on agencies with “irregular” billing patterns.

While that might sound reassuring, it’s important to read between the lines. Targeted audits may very well mean more intensive audits – and if you’re selected for audit under the new guidelines, it means your selection wasn’t merely “routine” and you may already be under suspicion of fraud as part of a healthcare crackdown.

Moreover, the CMS definitions of “irregular billing patterns” are often unreasonable and excessively broad. Merely being located in an area where there are a lot of Medicare or Medicaid patients could be enough for the CMS to suspect of you submitting an “irregularly” high number of claims and along comes an audit. Sure enough, the Strike Force offices are intentionally located in cities with a disproportionately large population of Medicare / Medicaid beneficiaries.

Recent Examples of a Healthcare Crackdown

Sometimes, the best way to appreciate how common and ruthless these healthcare crackdowns really are is to see them for yourself. Below, we present only a small sampling of recent crackdown announcements by the DOJ (with links to the Attorney General’s official announcements):

These are only a few of the many examples. A quick search for “healthcare fraud” on the DOJ’s News Release website produces many more cautionary tales. We often blog about these takedowns as they happen, as we think there’s a lot that medical professionals can learn from them in the way of prevention.

The best and first defense is a preventative one. The government is being proactive in executing healthcare takedowns; you should be proactive in protecting yourself from one.

Oberheiden, P.C. offers free consultations for medical providers and business owners. Let us put our experience on your side. Contact us today.